The best things to do in Ha Giang Vietnam

The best things to do in Ha Giang Vietnam

Ha Giang is just 300 kilometers from Hanoi, but the life that unfolds in the province is a world apart from most other places, given its topography and ethnic diversity.

HOW TO GET THERE

Ha Giang Town is 300 kilometers from Hanoi and the most popular method of transportation is by overnight sleeper bus, for which tickets can be booked/bought at the My Dinh Bus Station. The journey of around six hours to reach Ha Giang Town costs VND200,000-350,000 ($8.54-15) per person.

On arrival, hiring a motorbike for VND150,000 a day is probably the best way to explore the undulating paths that embrace the province’s mountainous terrain.

With one’s own motorbike, take National Route 2 to Vinh Yen Town, turn into National Route 2C past Tuyen Quang and Viet Quang towns to reach Ha Giang. This is the easier route, though slightly longer.

Between September and November is the most ideal time to visit Ha Giang with dry climate and cool weather with average temperatures of 28 degrees Celsius. 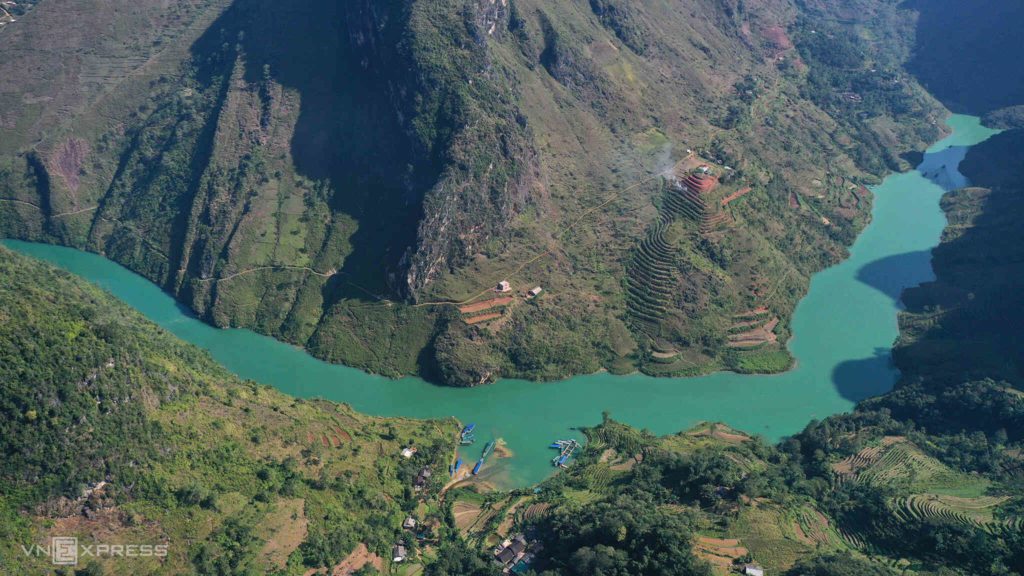 From the end of September to early October marks the ripening of its terraced rice fields, which are a spellbinding sight.

Buckwheat flowers blooming in November is another unique sight in the northern highlands province.

WHERE TO STAY IN HA GIANG VIETNAM

Built atop a mountain in Yen Dinh Commune in Bac Me District, the P’apiu Resort is particularly favored by well-to-do couples who wish to enjoy a peaceful, secluded atmosphere and green landscapes.

The resort is also unique in that all its staff are local ethnic minority residents. Room prices start from VND9.8 million a night.

Bungalows designed in the shape of rattan baskets that Hmong women sling on their backs to carry rice and other things are a distinctive feature of the resort. 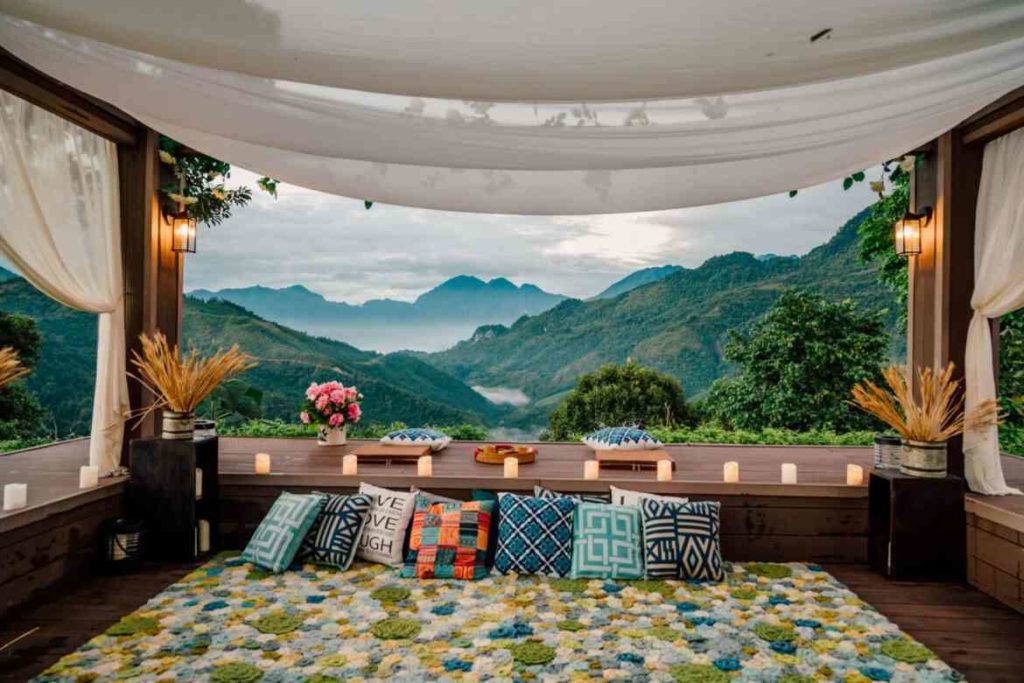 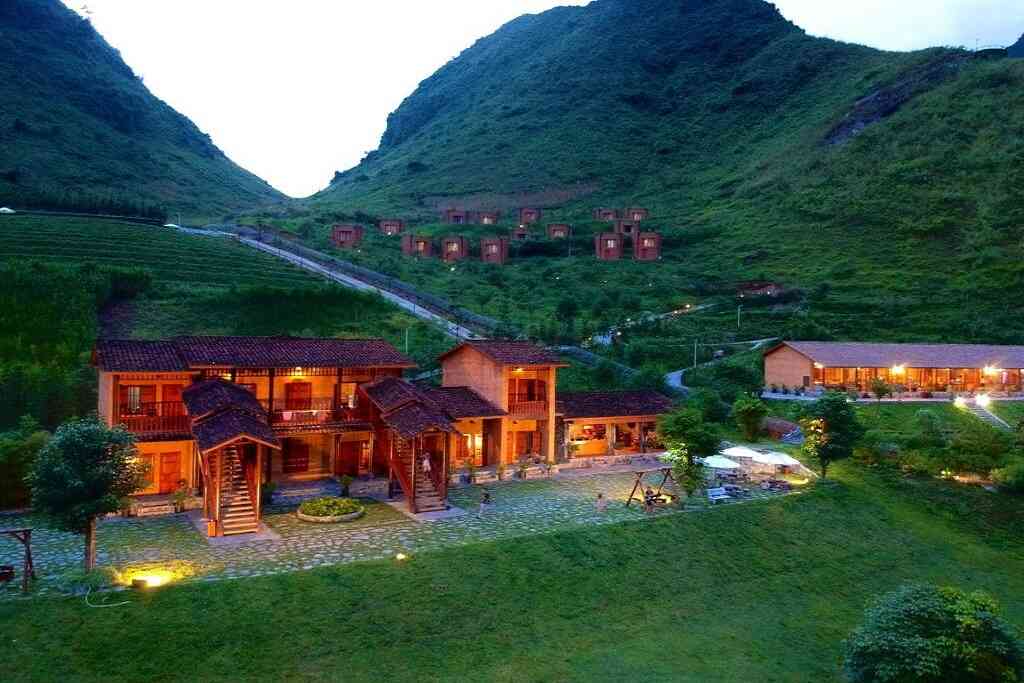 To gaze up on the rice terraced fields during the golden season from their windows, the Hoang Su Phi Lodge and Kinh Homestay in Nam Hong Village are ideal options. 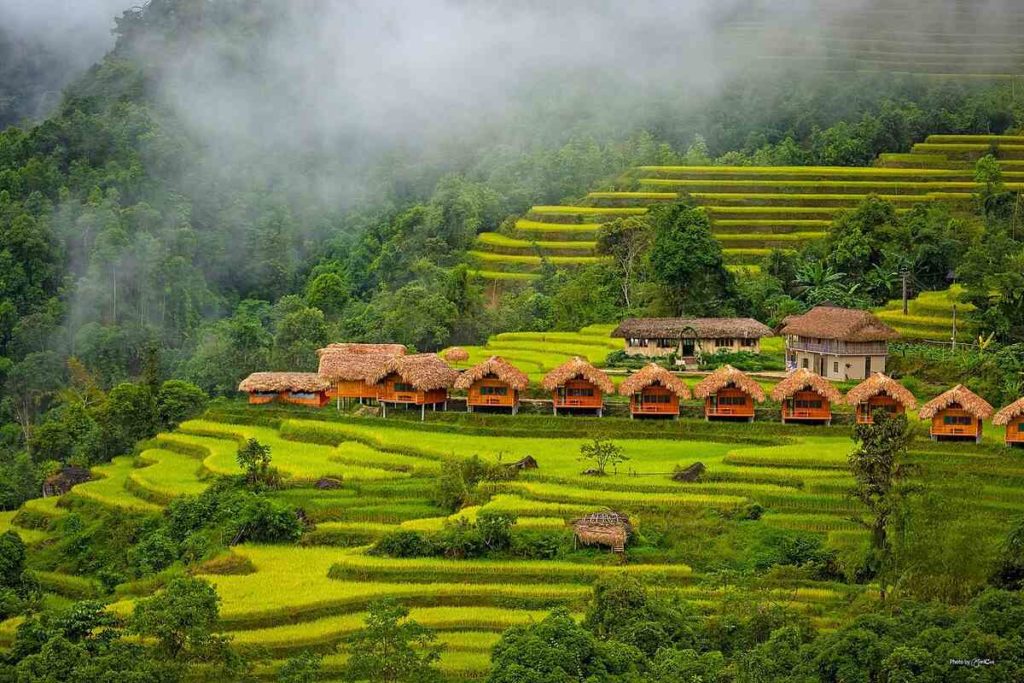 BEST THINGS TO DO IN HA GIANG VIETNAM

Nestled in the middle of a valley, the Dong Van Old Quarter, also called Dong Van Old Town, is a unique gem in Vietnam’s final frontier that is surrounded by high rocky mountains and limestone formations.

The old town was formed in the early 20th century with a few Hmong, Tay and Chinese families settling down here.

Now, the town has 40 two-storied houses with a touch of Chinese architecture such as yin-yang tiled roofs, yellow walls and red lanterns hung on the gables. 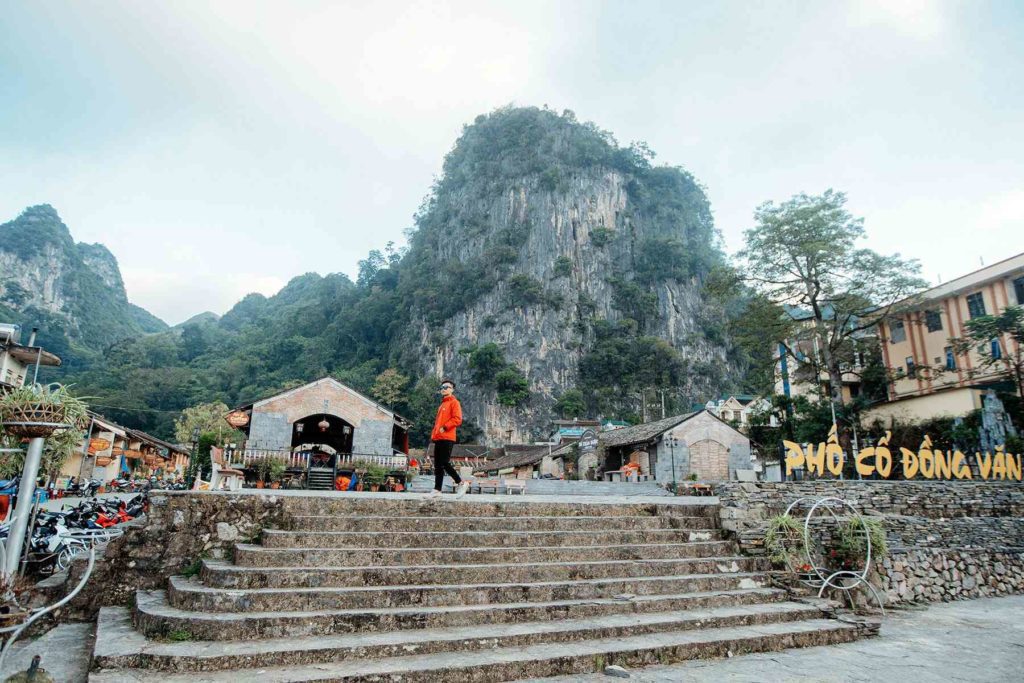 Since 2006, the town has attracted tourists by organizing a lantern festival on the 14th, 15th and 16th days of each lunar month, around the full moon time. All the local families hang red lanterns, display their special product – ethnic brocade – and sell their traditional food in an effort to boost tourism, somewhat similar to what the more famous Hoi An ancient town has been doing. 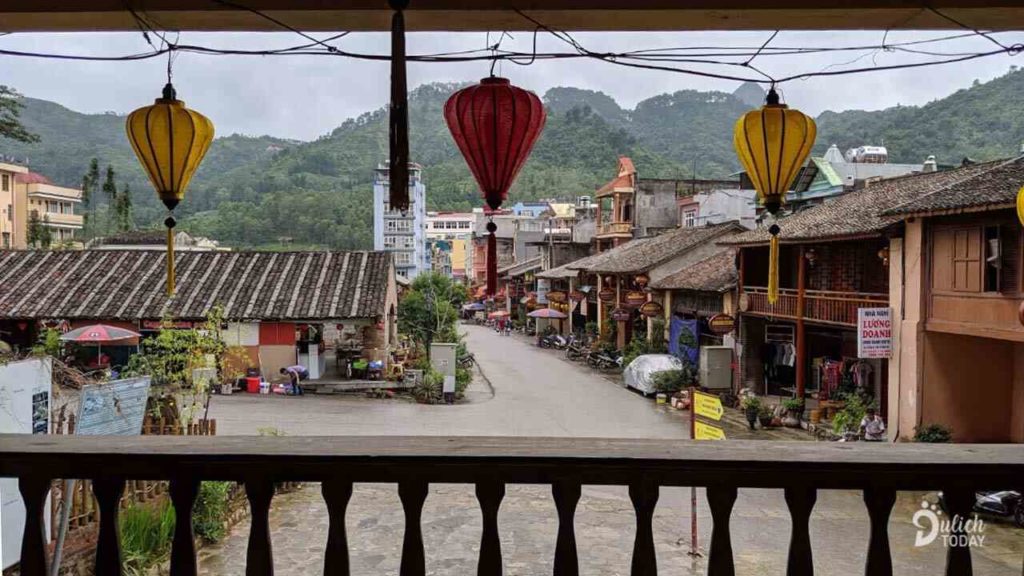 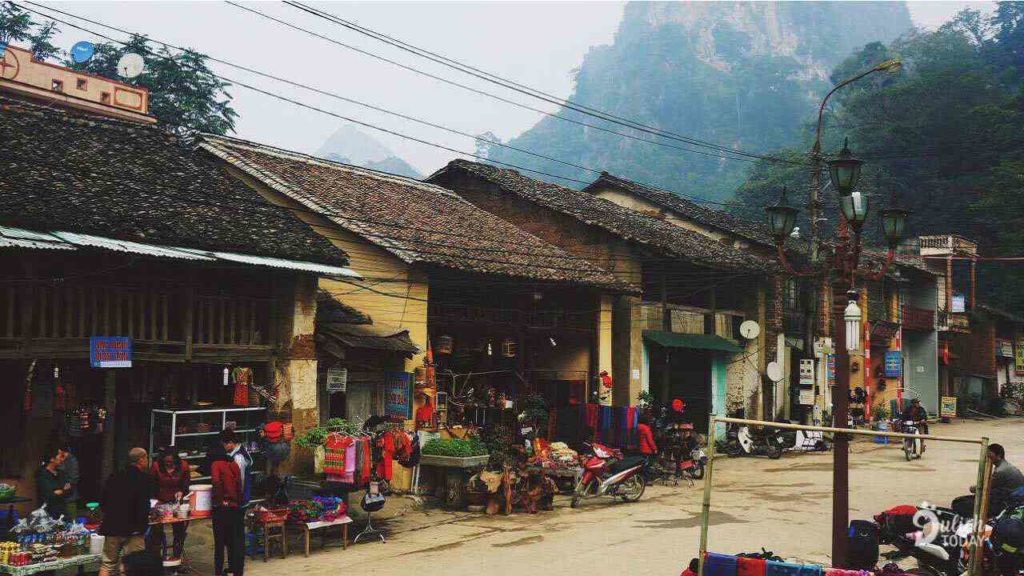 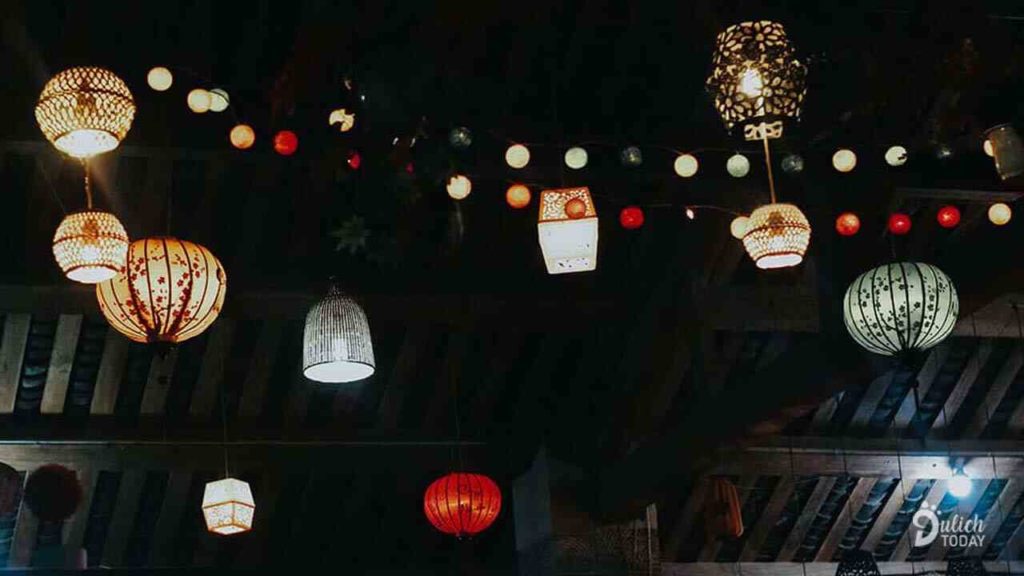 A cup of coffee at the Pho Co Café, one of the few places that have retained its Chinese-Vietnamese architecture, is a highly recommended experience.

Another cultural-commercial highlight of the town is its flea market, held every Sunday morning. It is a place to shop for local products made by ethnic minorities such as the Mong, Dao, Giay, and Tay and a place for young women to hang out with friends in their colorful traditional costumes, shopping and having fun.

Located in Sa Phin Valley of Dong Van District, the Hmong King’s Palace, the seat of the H’mong kings Vuong Chi Thanh and Vuong Chinh Duc, who ruled over the region during the French colonial era up until Vietnam regained independence in 1945, takes visitors to another age. 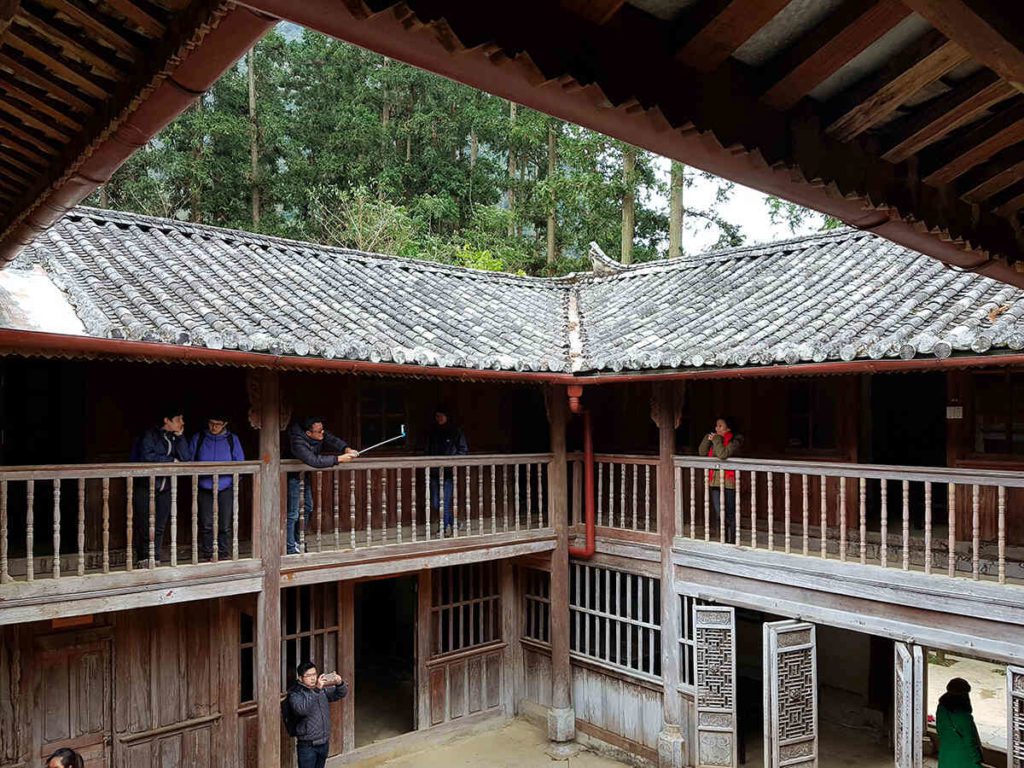 The palace consists of six two-storied houses with a total of 64 rooms, all connected to each other. The architecture features the Qing Dynasty style, with green pebbles, pine woods and terra-cotta tiles as the main building materials.

Leaving Dong Van Town, a 25-kilometer road through steep paths and rugged mountains leads to the Lung Cu Flag Tower, which proclaims the nation’s territory and sovereignty, and is mark of pride for all Vietnamese citizens. 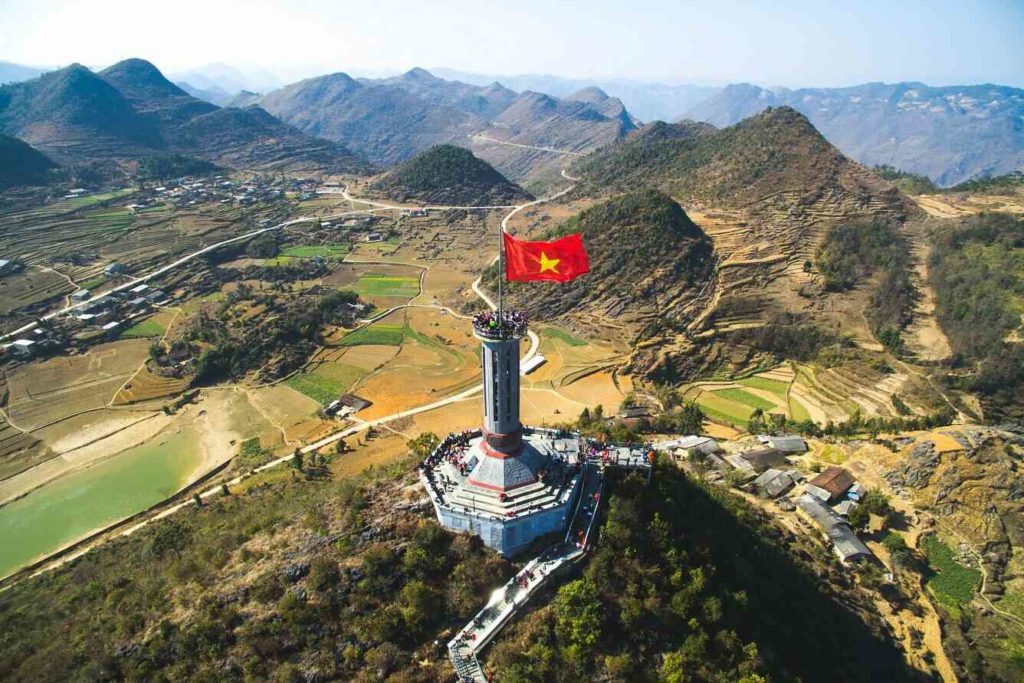 Built at the summit of Rong Mountain at the height of 1,700 meters above sea level, the octagonal monument is 33 meters tall and on top of the tower flies a 54-square-meter flag that represents 54 ethnic groups in Vietnam.

Visitors have to climb 389 stone steps and another 140 steps on a spiral iron staircase to get to the tower. A panoramic view of Ha Giang awaits those who reach the summit.

The Ma Pi Leng Pass is often described as one of the four most dangerous passes in Vietnam. Soaring over the pass is a mountain 2,000 meters high that is hugged tight by the Hanh Phuc (Happiness) Road connecting Ha Giang Town with the districts of Dong Van and Meo Vac. 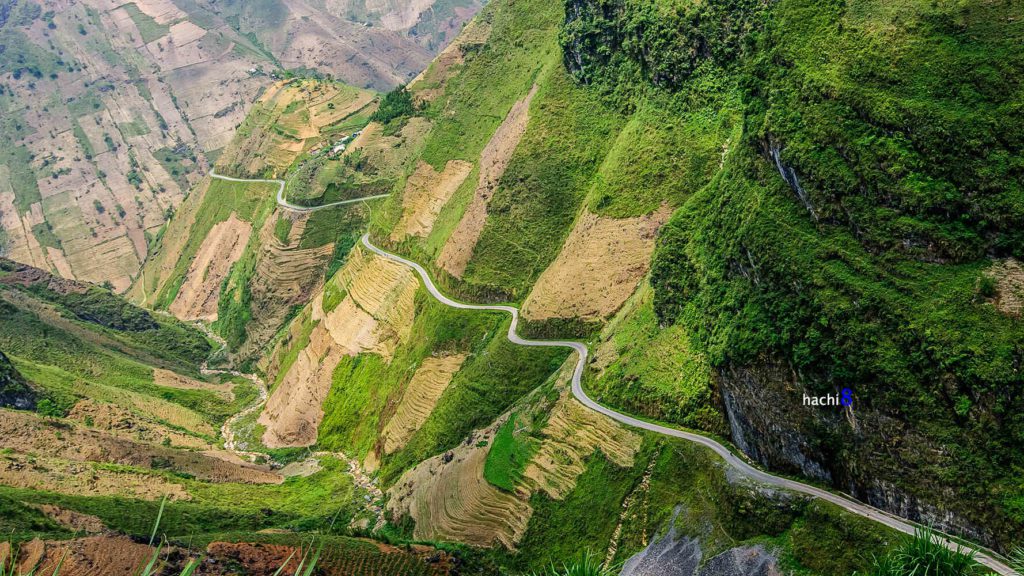 The road was completed in 1965 after 11 years of construction mostly by workers belonging to the Hmong ethnic group.

Negotiating the pass is a tough task even for the most seasoned travelers and some foreign tourists have died driving off the pass.

“Ma Pi Leng pass is such a wonder of the world which lies right on the border of Vietnam and China. The pass offers breathtaking landscapes and exotic walking trails along the mount. Love this!” said Victor from Denmark.

“This might be one of the most beautiful places I’ve ever been to. A bit dangerous, I suggest you pay for a service with a driver,” Zupanc Nina wrote on Tripadvisor. 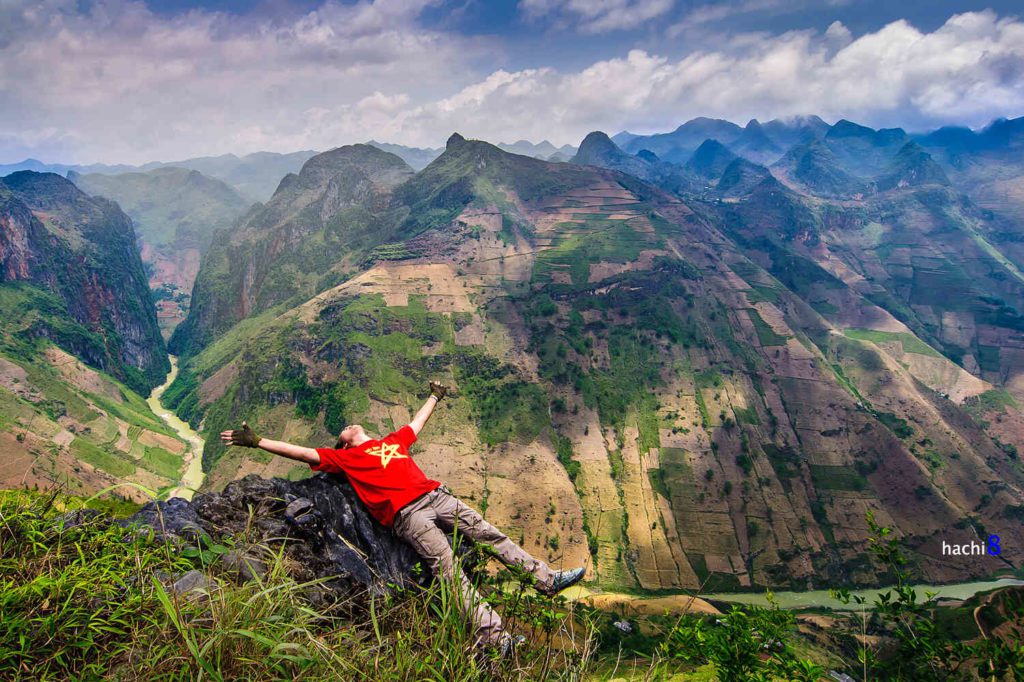 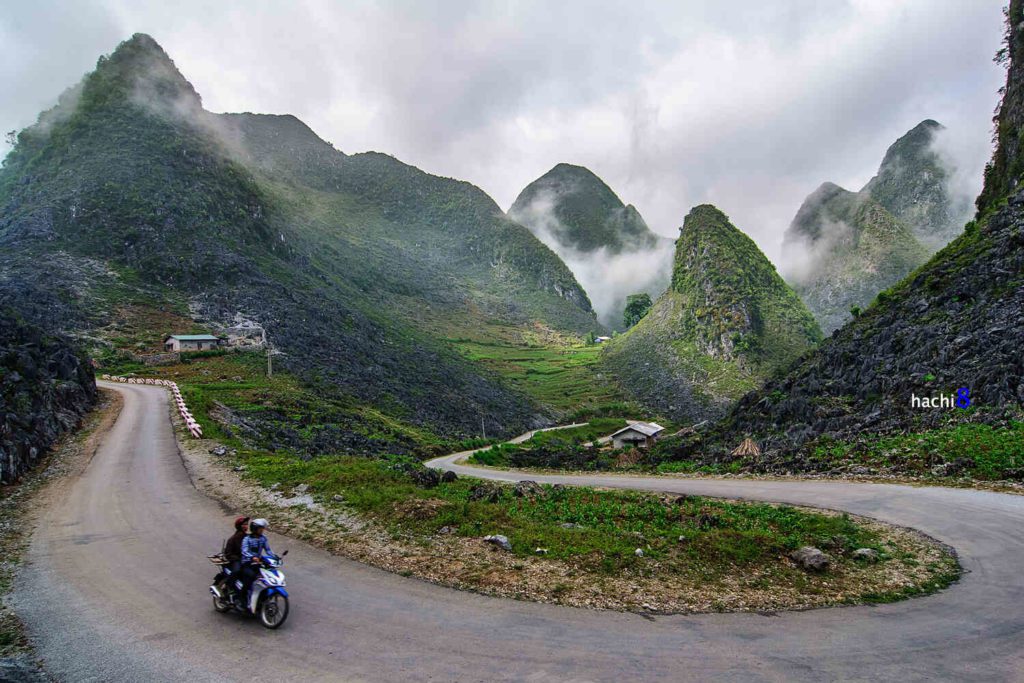 10 Best Places to Visit in Ireland

3 This European Country Produces Some of the World’s Most...

4 How To Get Ready For A Long Train Journey

6 Fun Things to Do in Niagara Falls All Year Round?

8 15 Unforgettable Places to Go for Your Birthday This Year

9 Amtrak Cancels Virtually All Train Service Outside of...